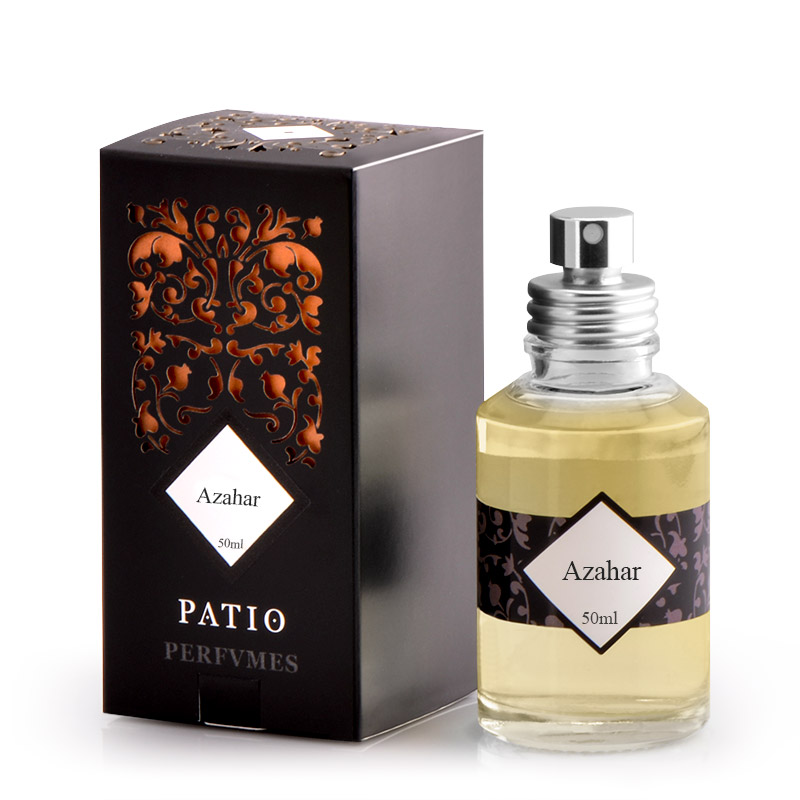 The sour orange tree is one of the most emblematic plants of Andalusia : its flower’s delicate scent invades the Alhambra gardens from early spring.

AZAHAR, meaning orange blossom in arab, attests the oriental heritage of this raw material, and echos to the origins of Granada, at the crossroads of East and West.

At the heart of the fragrance, the orange blossom extract, also called Neroli, unites with spanish Myrtle to reveal an aromatic and fruity accord, before combining itself in a pure and crystalline Amber note.

During the Nasrid reign, the sultan of the Medina in Granada, Alkabul “The privileged”, fell under the charm of his young and beautiful slave Al-Azhar. However, the beautiful Al-Azhar was in love with Xuran , a young architect. One night the two lovers met in secret in the Medina Garden. On this night, according to the legend, the combination of their loving bodies and the smells and scents of the bitter orange trees in bloom created the fragrance AZAHAR. The following morning , the Sultan Alkabul, full of anger, assassinated his future wife and scattered her ashes. However, to the Sultan’s utter despair, from that day, the Azahar perfume was to be smelt all around Granada.